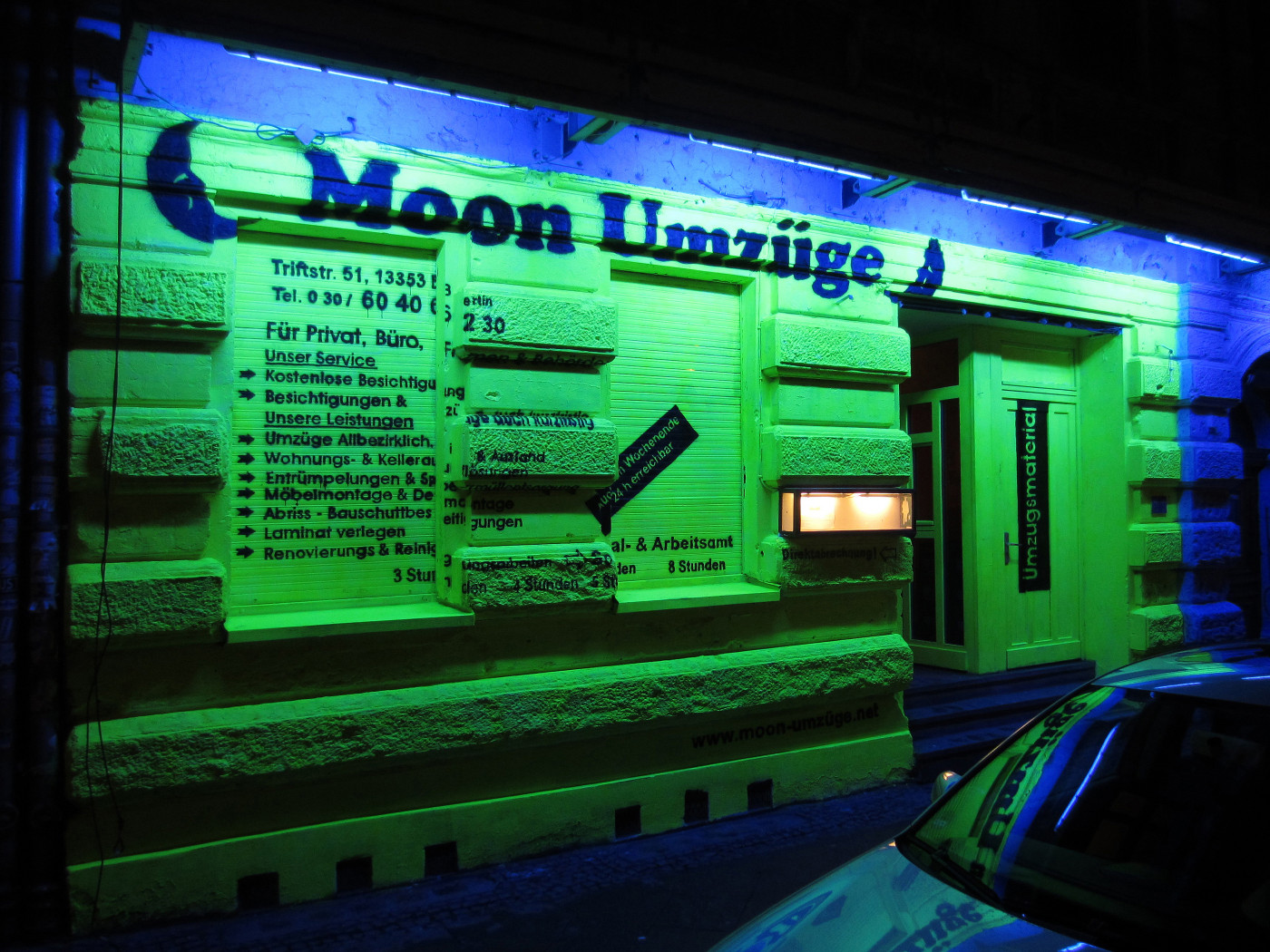 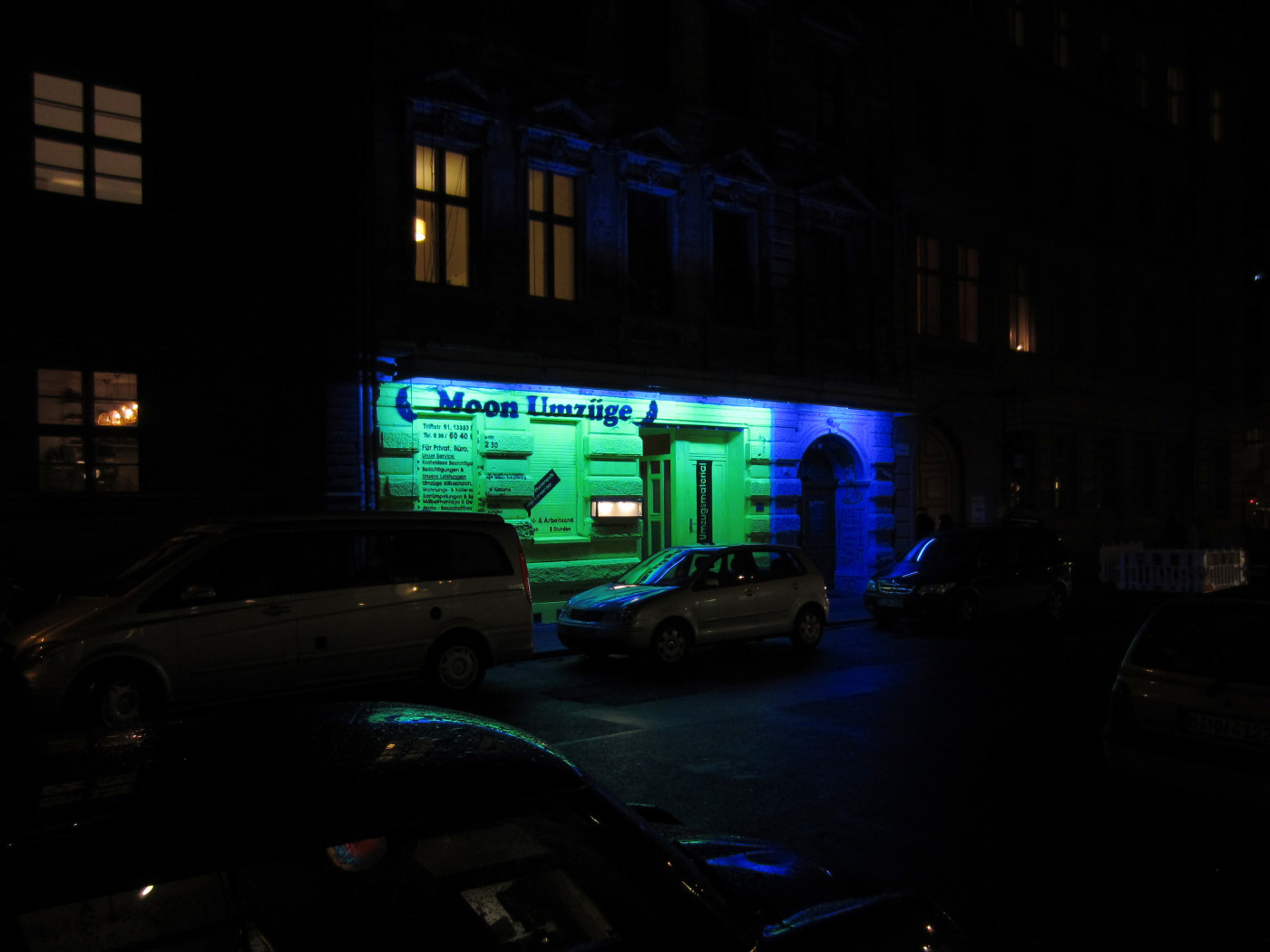 The work Moonlight Lounge was created on the occasion of an invitation to an exhibition series of the same name curated by Anna Frost and Christian Falsnaes. The source material was a flyer of a small Berlin moving company found in the artist’s mailbox. The flyer was enlarged, like an official advertising order, and transferred to the facade of Auguststraße 10, a prominent location in Berlin Mitte, with all the information taken from the original. The fact that for this purpose the facade, which was littered with numerous graffiti, tags and political slogans, first had to be painted white before the paint could be applied, represented a deliberate intermediate step in the implementation. The respective actions on site led during their execution to very different reactions on the part of passers-by and residents. The house was occupied by squatters for many years and is now regularly rented. It is mainly inhabited by artists and defined by them as a common living project and working space. Due to its history, over time it has become a place frequently visited by tourist groups. For the opening of the exhibition, a party with various Berlin DJ‘s took place inside the building. The cited moving company has not been informed about the work until today.