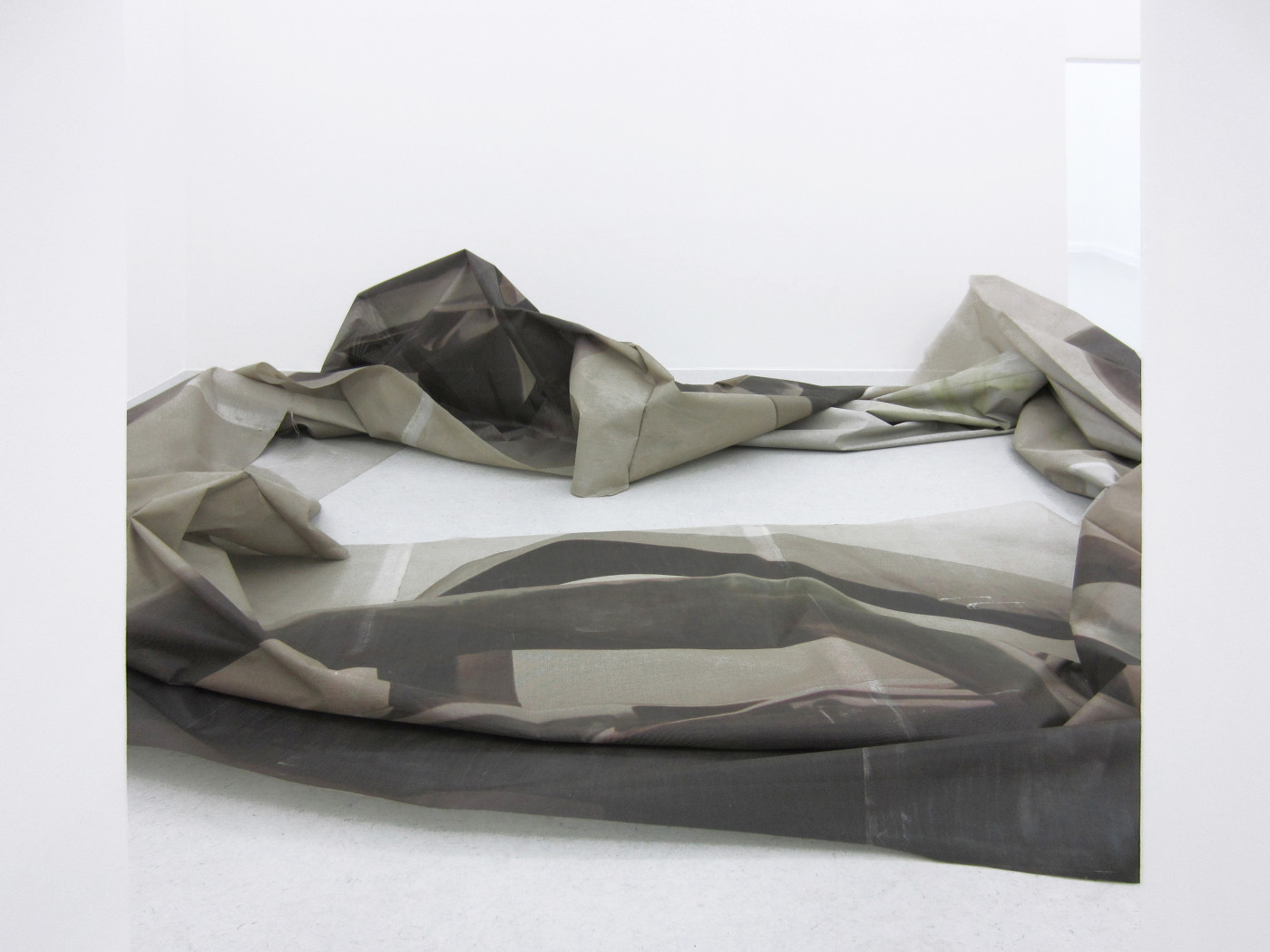 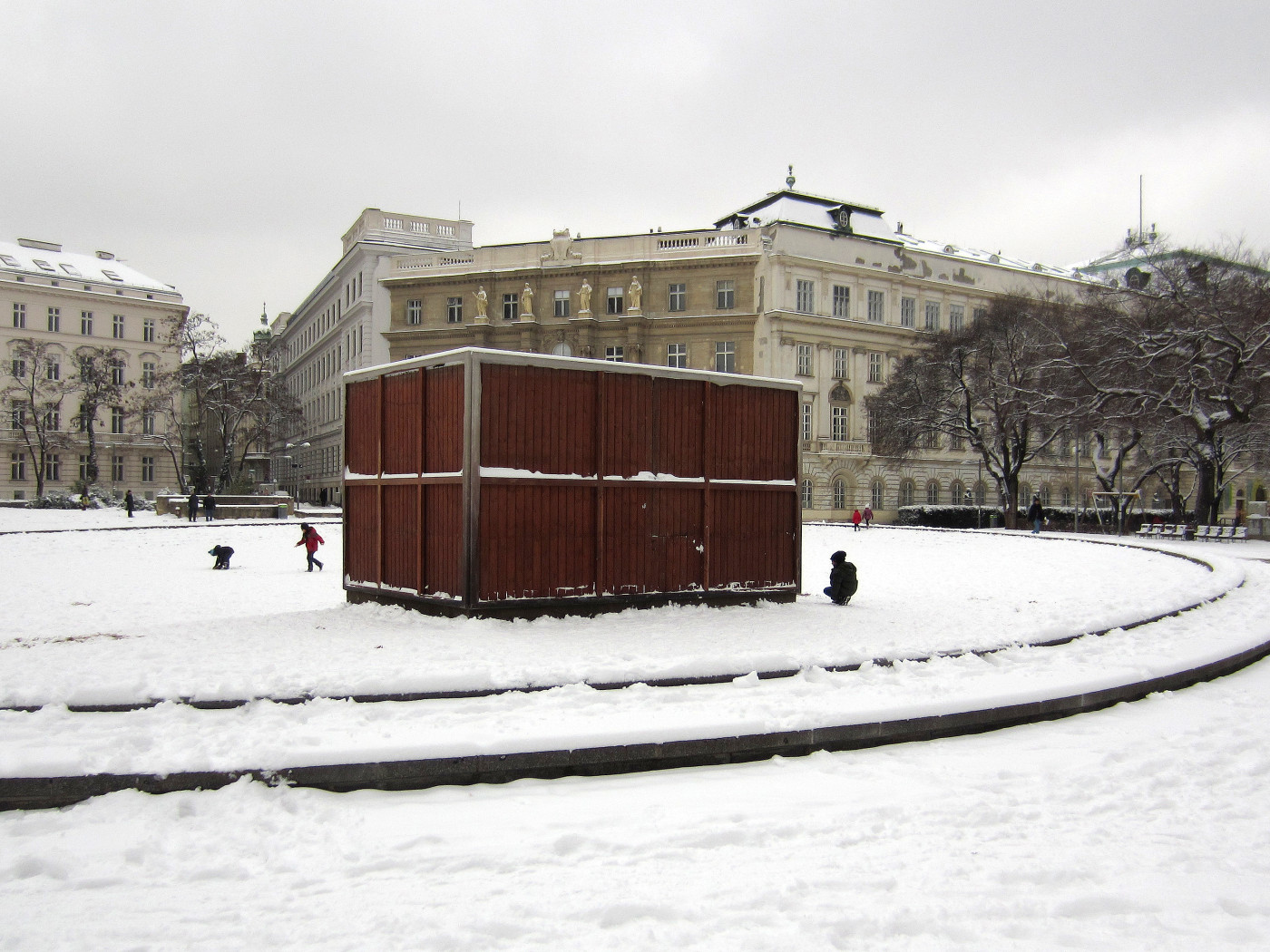 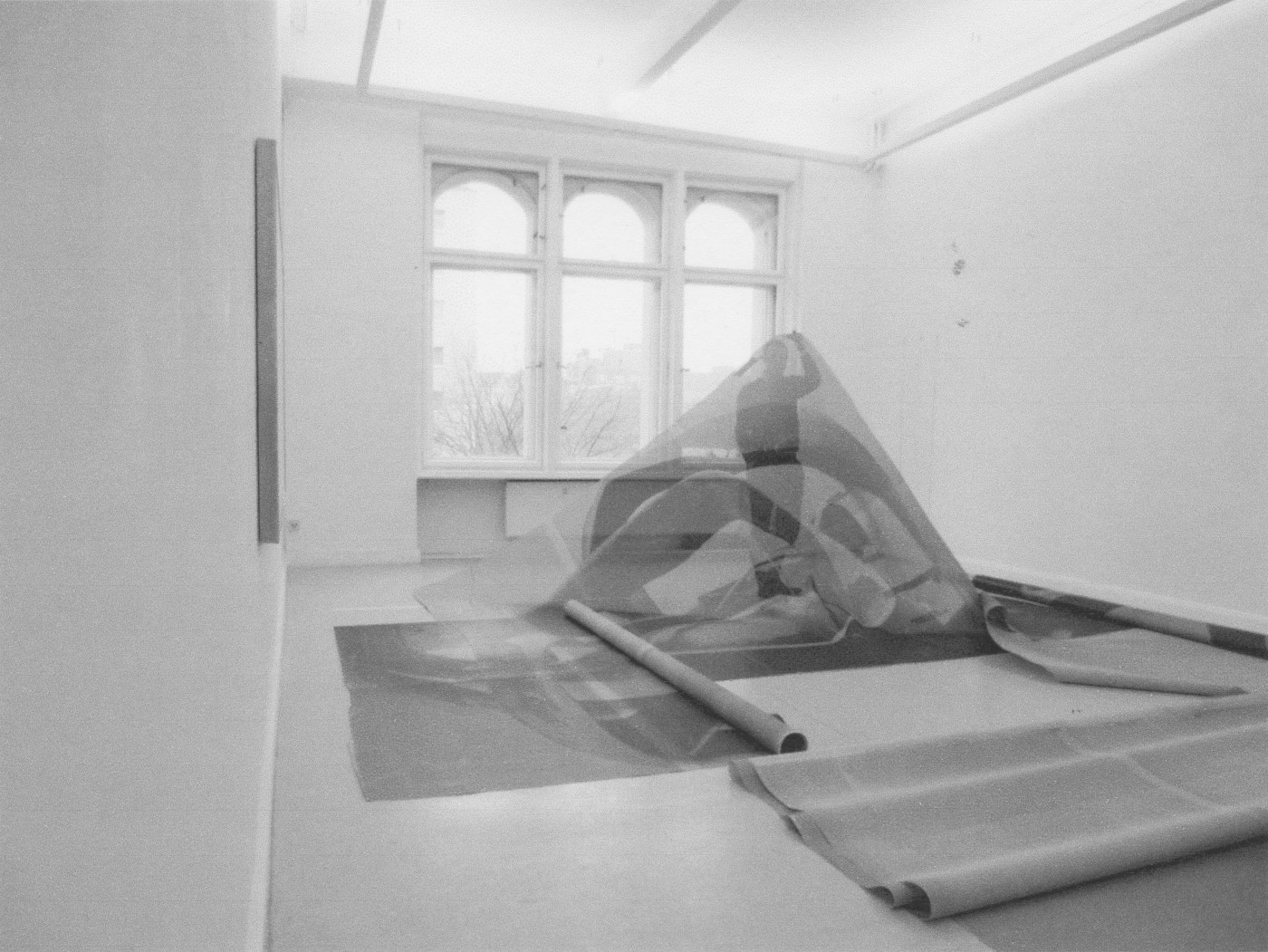 Like panel paintings that have lost their shape, in rows one behind another, hang two groups of vaulted and twisted rubber formations on a type of rack. Made up of warped geometric, black and white surfaces, the individual forms (or anti- forms) radiate a latently perverse sensuality. The sober, almost pedantic simplicity of “classical” formalism is cracked open by the suggestive use of the rubber sur- faces. As if in storage or a fashion house, the works hang on a rail and compacted together build a meta-work: “Hängung” by Geerten Verheus.

The works of Vlado Martek are also located between anti-homage and homage. The exhibi- tion owes it‘s title to the artist‘s “Grupa šestorice” (Group of Six), which was founded in the middle of the 70s in Zagreb (Alongside Martek, Mlad- en and Sven Stilinović, Fedor Vučemilović, Boris Demur and Željko Jerman). On roughly drawn maps of their respective countries are the names of famous musicians, poets and other (now) quasi-state-approved creatives. Where Paris would be expected to be, Mallarmé found his place. Poland is domi- nated by Chopin. Art and context concur. As so often with Martek, banality and meaning can hardly be told apart from each other; a muddle of high culture and nonsense that some- times can be seen to be political.

“ATTRIBUTES OF MODIFICATION (Hill Arches)” is an installation by Max Schaffer, which consists of printed large format tarpaulins that show a work by Henry Moore. Every winter, the “Hill Arches” on Karlsplatz in Vienna are encased in scaffolding for several months, and are replaced by pictures that show four views of the monumental bronze. In “A Group of Six Artists”, the views are interlaced and the surfaces translated into a spatial configuration in which back and front, inside and outside can hardly be distinguished from each other; and so the public sculpture is brought into relation with the gallery space.

The concentrated circle and circular segment forms in Michael Dreyer‘s pictures clearly testify to the crafted process of their formation. “Mistakes” are deemed acceptable and at times deliberately produced. The perfect form of the circle takes on a handwritten charac- teristic. Through the bringing together of different open as well as closed circles, which are drawn with the help of a thread or beam compass, pulsating constellations of compelling vitality are formed between man- dala and tracery, form and shape, painting, mechanics and handwriting.

With Channa Horwitz and Luis Camnitzer, two important figures of early Conceptual Art are represented in “A Group of Six Artists”. Since the beginning of the 1960s, graphic sheet music and notations of movement and sounds (“Son- akinatographies”) are at the centre of Horwitz‘s work. On a foundation of logical order, time is fixed in the medium of drawing and is translated into graphic rhythms and serial structures. Until today, equally strict and exact, and in the limits of the self-implemented order, playful compositions are formed.

The Installation “S.S. Atlantus” by Luis Camnitzer is made up of three elements; a large scale print of a postcard with the image of a wrecked ship, a concrete block which floats over the bottom of a bowl of water and a brass plate on which in simple words the following is written: “S.S. Atlantus. Remains of experimental concrete ship, one of twelve during World War I. Proved impractical after several transatlantic trips because of weight. Towed and sunk here as wharf in 1926.” As if fallen from time, the “Atlantus” tells of dreams of the past, the wrong ways of modern technology, and the hubris from before the devastating war. Close to the shore, not so far away, floats a small rowing boat, which appears to melancholi- cally wink at the tired monstrosity.